Wren is so naughty. *sighs dramatically*

I can not believe I’m still doing this post right now. *shakes head* The things writers do for their characters.

Of course, I get a call on my vacation from back at home. I go to pick up the phone and I hear a voice. It’s Wren. And if he’s calling, that means it can’t be good. I listen as he explains he may have posted on my blog, made a new page, and started a truth or dare game. I hung up right there.

What he didn’t know is that I took my iPad on my vacation. I was able to hop onto my blog and look at the “damage” he did.

What am I going to do with you?

But, because I’m NICE, I’m only grounding Wren for a week. Next post, he will do his truth or dare game. (So if you haven’t submitted your dares, you can here.)

After his game, he’s kicked off the blog XD. That will be the last you’ll hear from him. (For a bit.)

Welp. This is exhausting and what I get when I leave. Well, I’m back after a week of vacation and two weeks without posting! Except for Wren-who posted without my permission-but, I guess he kind of did me a favor in keeping you guys “entertained.” I’m not so sure he is a good entertainer. At least he got some info through to you guys!

Okay, so y’all know I went on vacation, and sadly, I can’t tell you where I went, but I do have a picture for you.

Also, I’m trying to catch up and read all of your wonderful posts so be on the lookout for me! 😉

Today I will *cough cough* properly *cough cough* introduce my main character, Wren. I’ve been thinking a lot about whether or not I should bring Wren on here but I guess that decision has already been solved. *glares at Wren*

I know some of you have been asking for information about my WIP and my characters. Today’s your lucky day! Here you go!

This is probably my favorite segment! I’m putting a few quotes down below that Wren says/thinks throughout the book and hopefully you will get to know him better as a person. (Some of them crack me up XD) If you are in the reader (which most of us are XD admit it) click here to view the full experience!

“That’s the spirit,” I mumbled.

“And it’s ten o’clock at night! Aren’t we going to run into nocturnal animals?”

I cleared my throat. “Get to the point.”

I fidgeted with my thumbs. Was I really about to tell this strange girl how I’d become so weak? So vulnerable?

I cut her off. “I don’t need any more pity. I’ve had enough of it already.”

*laughing* The second one always cracks me up because it is so dumb XD!

Now it is time for some favorites! I always love creating favorite lists. (For some reason, I feel like I’m hosting a game show right now.)

Favorite clothing-“warrior clothing” (as he calls it)

Favorite time of day-anytime when it’s not dark

Favorite hobby-doesn’t have time for hobbies but if he did, it would probably be some type of sport

I just thought it would be fun to throw in some fun facts about Wren!

And that’s it! I hope you got to know Wren a bit better and maybe you’ll see him around some time!

What did you think of Wren? Can you relate to him at all? What are some of your favorite things? Who is your main character? Tell me below!

Aww, using my sign out gif for the first time in a long time makes me happy! 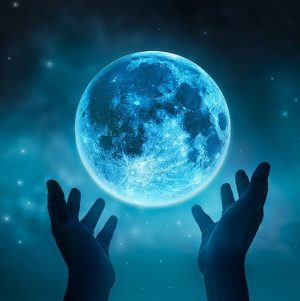 Alexa lives her life by a quote Walt Disney once said, “Laughter is timeless, imagination has no age, and dreams are forever.” She also has a secret identity and doesn’t entirely live in this world. Instead, she has another home in an alternate universe that may or may not include elves and telekinesis. Therefore, if she disappears from the blogosphere for awhile, you’ll know where she went.

Please don’t copy any of this content without permission from me!